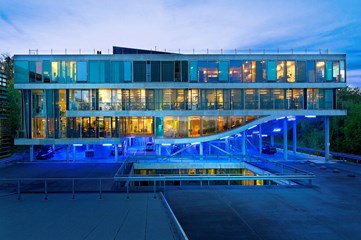 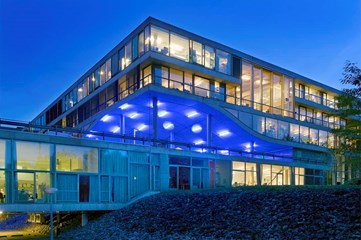 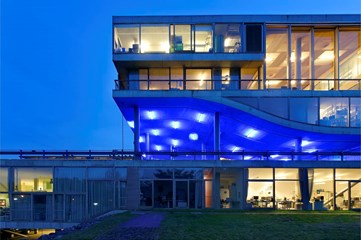 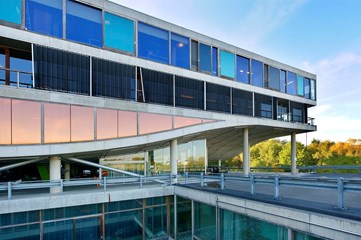 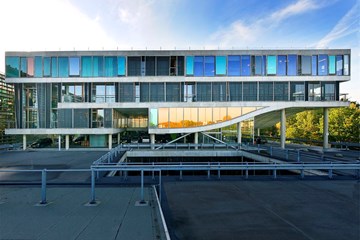 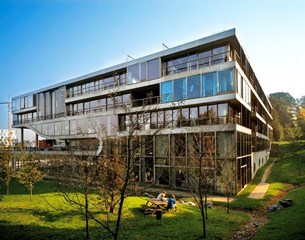 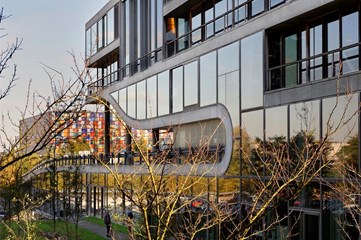 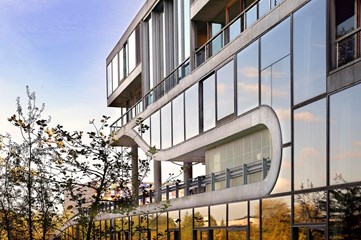 The VPRO headquarter - the so-called Villa VPRO - can be described using terms such as compactness (absence of long corridors) and spatial differentiation (a large number of different rooms) and in terms of its relationship to the landscape around it.

Given the present town-planning restrictions on the site – zoning plan boundaries and maximum building heights – compactness has led to ‘the deepest office building in the Netherlands’. ‘ Precision void bombing’ has produced serpentine-like patios in the building which allow the access of natural light to be combined with views over the surroundings.

The result is an open-plan office where the difference between inside and outside is vague. The greenery that stood where the building now stands has been replaced with a raised grass covered roof under which lies a ‘geological formation’ of different floors. These floors are connected to one another by spatial devices such as ramps, stepped floors, monumental steps and small rises, thus providing a route to the roof.

The differences in height in the resulting continuous interior, combined with the wings created by the gaps, make possible a wide range of work contexts in different office typologies to meet the ever changing demands imposed by VPRO’s business. Lounge, attic, hall, patio and terrace types all serve to echo the old premises. 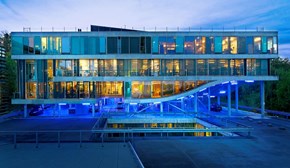