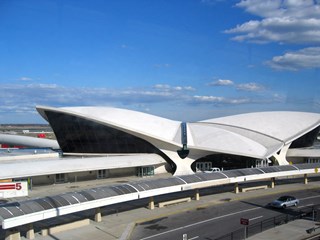 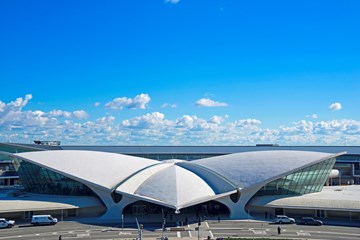 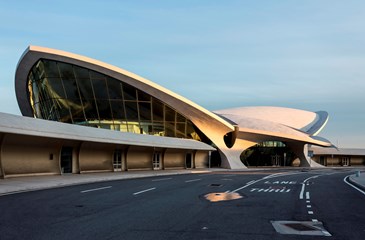 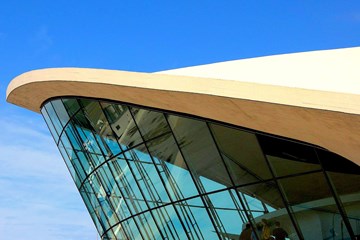 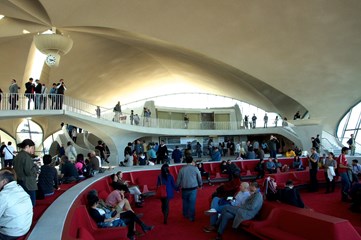 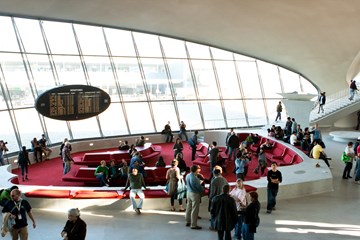 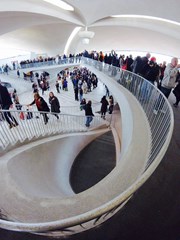 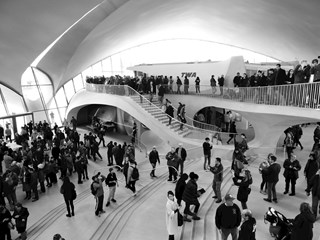 The TWA Flight Center or Trans World Airlines Flight Centre, was completed in 1962 at New York’s John F. Kennedy International Airport. The original terminal was designed by Eero Saarinen with his vision of giving the people in the airport the ‘’Spirit of Flight’’. In order to capture this concept of flight, Saarinen created spaces that flowed into one another by the elegant waves of their contours. The interior design consists of a continuous stream of elements, each aspect flowing into the other. This way, ceilings run into walls which in their turn become floors in a continuous flow. To imitate a bird in flight, Saarinen designed a curved concrete roof which form the image of two wings. Through the years, portions of the original complex have been demolished. On the contrary, the original ‘’head-house’’ which was designed by Saarinen has been renovated and is partially accompanied by a replacement terminal building with a much bigger capacity. These adjustments and renovations were completed in 2008 and together the old and the new buildings have been known collectively as Terminal 5 or simply T5. In 2015, plans of MCR Development were approved to turn the flight center and its nearly 6-acre site into JFK’s only on-airport hotel. Besides a hotel, it will feature restaurants and bars, a spa, and a observation deck. Opening is scheduled for 2018.
Edit public page 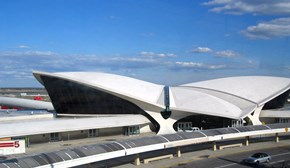