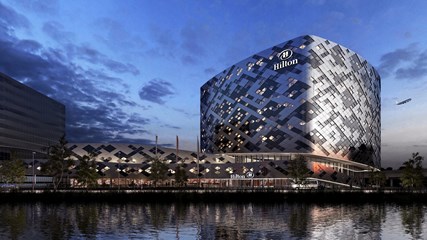 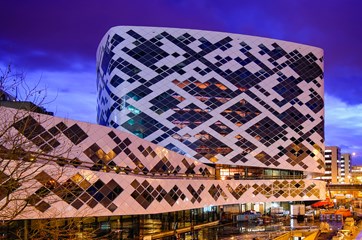 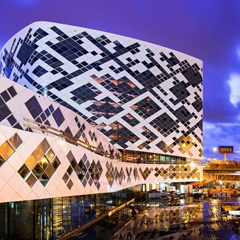 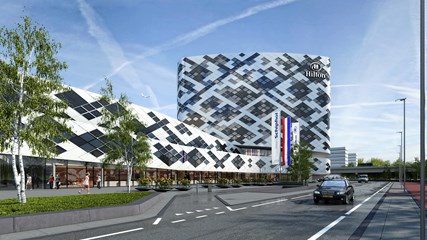 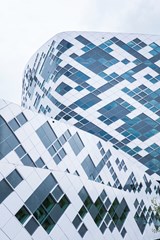 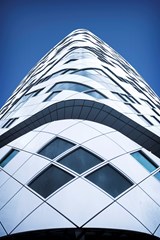 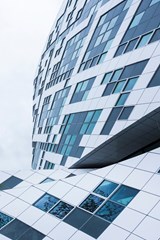 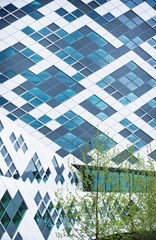 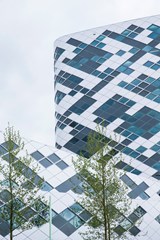 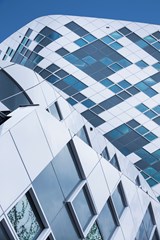 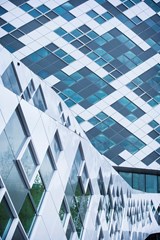 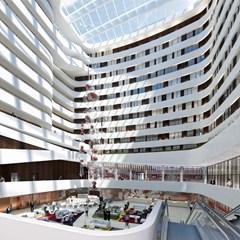 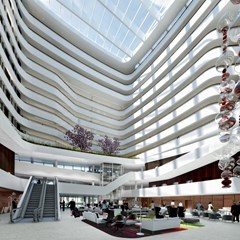 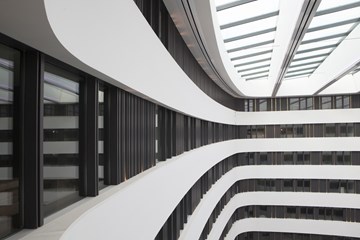 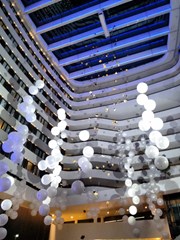 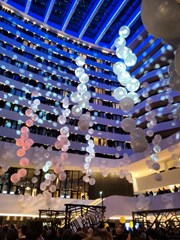 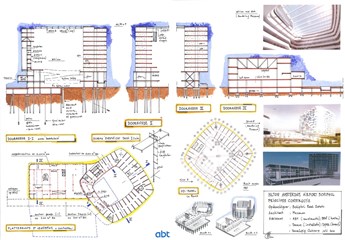 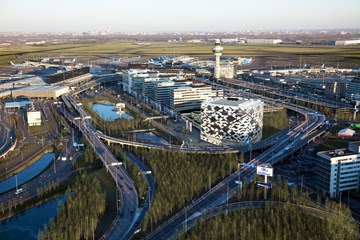 The newly build Hilton Amsterdam Airport Hotel exists out of contains 433 hotel rooms, a restaurant, a spa and fitness, a conference centre with facilities and a ballroom for 600 people. Under the hotel an underground parking of one floor is realised. The hotel is directly connected with the passenger terminal and situated close to the old Hilton Hotel, the Schiphol Boulevard - a shopping area - and the World Trade Center (WTC). Architect Mecanoo designed an eye-catcher for the new Hilton Hotel - a facade with spectacular diagonal lines. From the ground floor a notch follows the line of the building, giving it architectural allure.

Company only pages are only available for project partners of a project. Since you are not listed as a project partner, you are not able to access this company only page.
Did your company worked on this project? Go to the Public page and list yourself as a project partner to access your company only page
Uploading a picture is currently only possible if you worked on this project and your company is listed in the team.
You're now following Hilton Amsterdam Airport Hotel. Click here to see everything you're following.
You stopped following Hilton Amsterdam Airport Hotel
Project added to your favorite projects. Click here to see your favorites.
Hilton Amsterdam Airport Hotel is removed from your Favorites 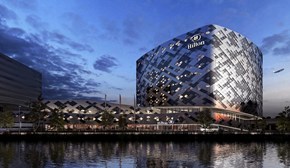