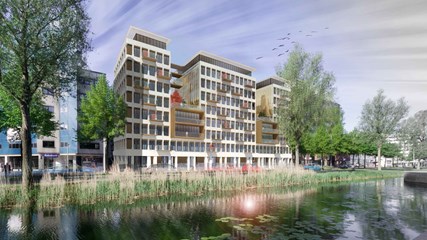 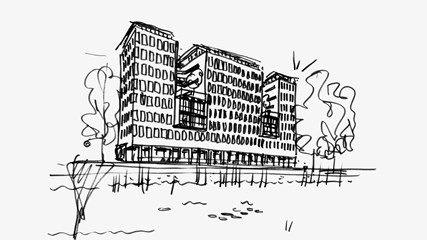 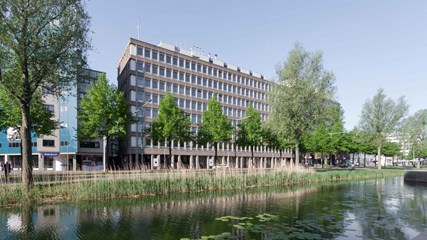 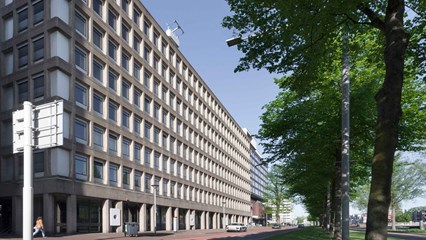 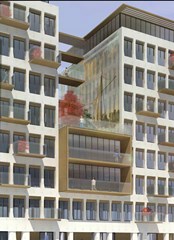 The city of Dordrecht wants to develop Spuiboulevard and surroundings as a more attractive and vibrant area. The economic crisis and changes in the property market have left many office buildings vacant. The government wants to renovate or transform these buildings, or replace them with dwellings, shops and other amenities. One such vacant building is the former Tax Office. Developer AM and EGM architects have conducted a study into the transformation of this office building into a residential complex.

EGM architects wants to contribute to a more varied housing stock in Dordrecht. Precisely because of the location on Spuiboulevard and the dimensions of the building, we can offer empty nesters, city families and young professionals a new residential option.

Dating from 1975, the building was designed by Frank Sevenhuijsen, an architect at the Dutch Government Real Estate Agency. Located on the edge of the centre of Dordrecht, the building has a facade of prefab concrete-gravel panels and aluminium window frames that clearly mark it as an architectural work of the 1970s.

The loadbearing facade of the former tax office allows the interiors to be freely arranged, both horizontally and vertically. Two large voids are cut out of the block to create three towers, giving the complex a friendlier appearance and making it appear less colossal.

Variation in housing and a facade in keeping with the city

The building consists of a plinth of city dwellings on the first two floors, with two floors of very spacious loft apartments above that. The three towers on the plinth contain apartments that can be freely arranged. Two gardens on the fourth floor combine with the balconies below to give the building a diversified appearance when viewed from the centre of Dordrecht. A transparent bridge connects the two penthouses in the towers on the eighth floor.

The new facade is faced in white plasterwork with wooden frames, and the original facade openings are fitted with French balconies of tempered glass. To introduce even more variety into the building's appearance, balconies adorn the north facade. The side facades of the towers are glazed and feature a silk-screen print of ‘The Maas at Dordrecht’ and ‘View of Dordrecht’ by the painter Aelbert Cuyp. 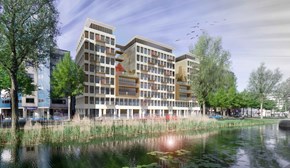