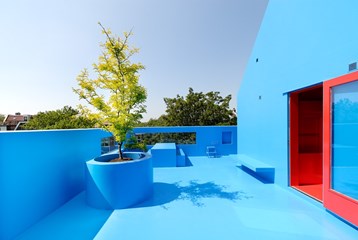 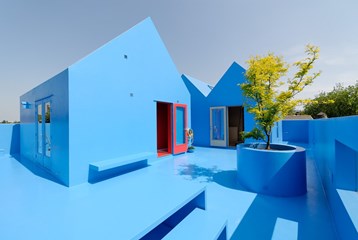 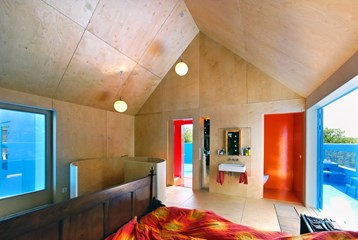 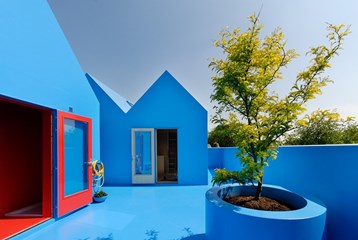 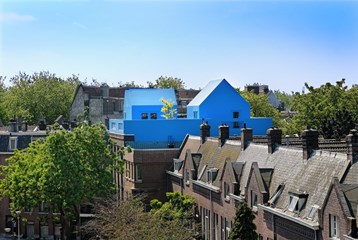 The first realization in MVRDV’s hometown Rotterdam is a rooftop house extension.

On top of an existing monumental house and atelier, the bedrooms are positioned as separate houses, optimizing the privacy of every member of the family. The houses are distributed in such a way that a series of plazas, streets and alleys appear as a mini-village on top of the building.

Parapet walls with windows surround the new village. Trees, tables, open-air showers and benches are added, optimizing the rooftop life. By finishing all elements with a blue poly-urethane coating a new “heaven” appears. It creates a crown on top of the monument.

The addition can be seen as a prototype for a further densification of the old and existing city. It adds a roof life to the city. It explores the costs for the beams, infrastructure, and extra finishes, and it ultimately aims to be lower than the equivalent ground price. 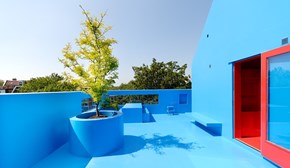