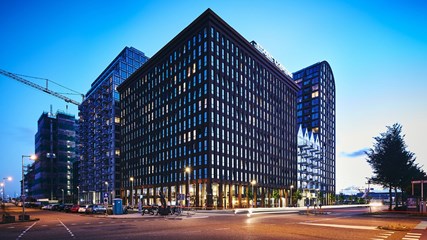 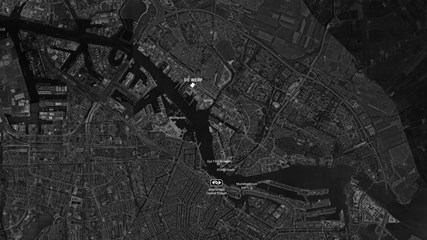 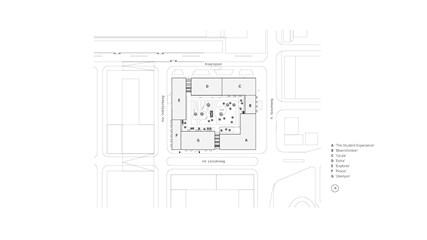 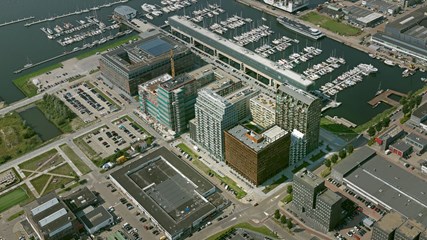 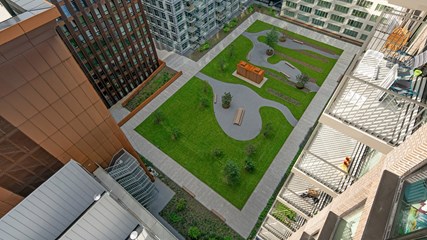 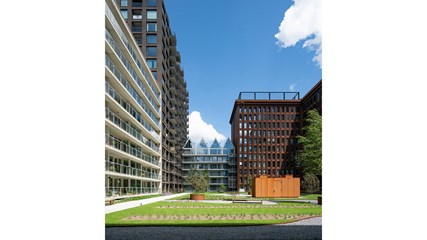 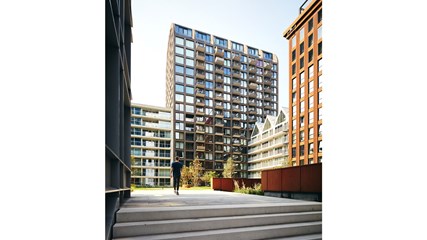 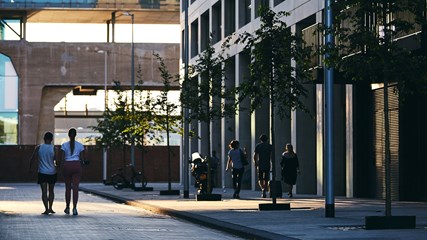 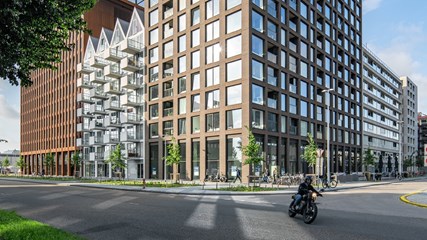 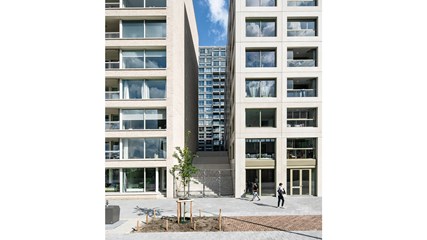 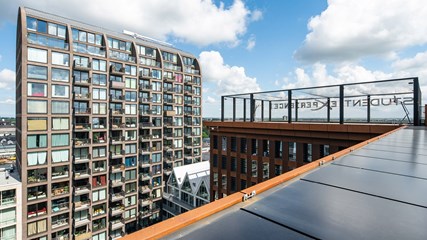 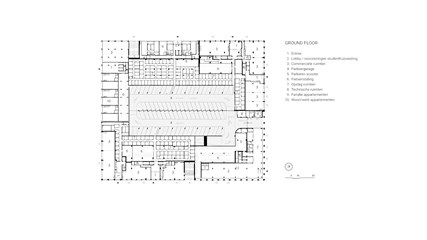 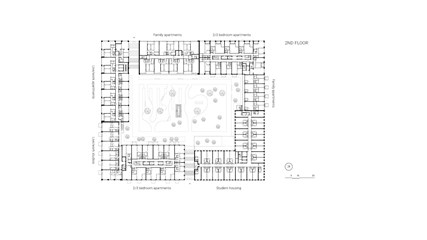 De Werf – on the former Citybox location, in the northern part of the NDSM shipyard – is the first large-scale development of the area. With dimensions of 85 x 100m, the location is one of the largest city blocks on the west side of the future NDSM development.

In 2011, together with Burton Hamfelt, we performed research on the spatial implications of the evolving knowledge and innovation-based economy for the city: the ‘Knowledge Economy’. The study, entitled “Campus City Project”, focuses on new possibilities for combined housing of education, research, students, newcomers, and start-ups. The NDSM area forms part of a development strategy for the city of Amsterdam in the form of a ring, “the wall of knowledge”, a typologically diverse area between the 19th and 20th-century rings of the city. The future potential of the NDSM, which the research illustrated in a larger context, caught the attention of a new group of players on the housing market. Especially those specialized in setting up and managing new student residences. Four years after our study, one such party, Student Experience, decided to start building.

The desire for high-density development, as stipulated in the zoning plan, has been freely translated in the design into varying building heights ranging from 22 to 60 meters. The block is divided into seven buildings, each with its own height, entrance, program, and typology. The breakdown of the large block into different scales, each with its own architectural expression, reduces the scale and enhances differentiation between buildings. The scale of the block dissolves in the different perspectives at street level.

The architecture is sturdy and simple, with the building components extending to the street. Large buildings are interspersed with small intermediate masses. The materials vary from concrete, steel, corten steel to different colored masonry, which conjures up associations with the Port and New York.

The homes in De Werf are aimed specifically at young people. The program varies from student housing, rental homes for graduates and other new inhabitants of Amsterdam, to small family homes — all in the mid-market rental segment. The idea behind this program is to provide suitable homes for Amsterdam residents, from the start of their studies and early in their careers — a period that usually involves a lot of moving around before finding a permanent place to live. Residential work studios and public services on the ground floor complete the program. The apartments are designed in collaboration with the developer and the investor.

The seven entrances of the various buildings allow for a wide range of movement within the public space. A mixed program is intentionally placed on the ground floor, where public and residents can meet. Homes are interspersed with art factories, restaurants, workplaces in the form of studios, and spaces for students. The garden is accessible as part of the various public spaces on the NDSM site and is an important green addition to the urban environment of the area. Generating a vibrancy on the street is an important condition for the success of the project, and the future NDSM as a whole. 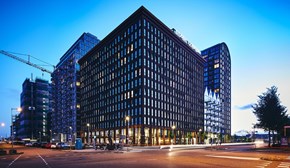