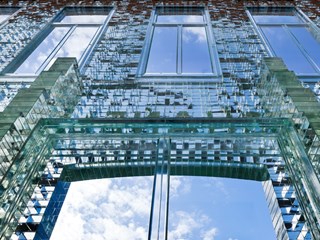 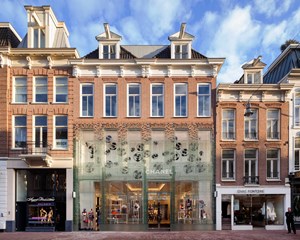 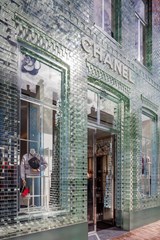 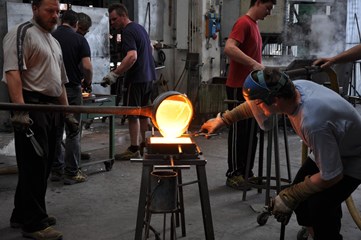 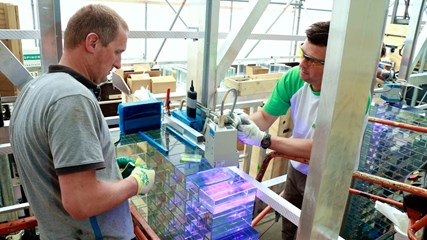 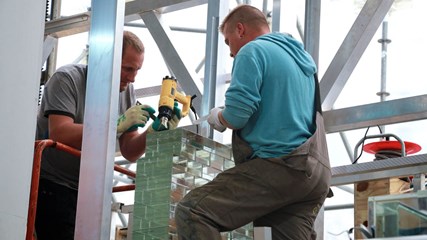 The entirely transparent façade of a high-end flagship store on Amsterdam’s upmarket shopping street, PC Hooftstraat, uses glass bricks, glass windows frames and glass architraves in a way to evoke the vernacular of the area with the goal to maintain the character of the site. The 620m2 of retail and 220m2 of housing unites the ambition of Amsterdam to have large distinctive flagship stores without compromising the historical ensemble.

MVRDV’s Crystal Houses began its existence with the request of Warenar to design a flagship store combining both Dutch heritage and international architecture on the PC Hooftstraat, Amsterdam’s one and only luxury brand street that was previously primarily residential. MVRDV wanted to make a representation of the original buildings and found a solution through an extensive use of glass. The near full-glass façade mimics the original design, down to the layering of the bricks and the details of the window frames, but is stretched vertically to comply with updated zoning laws and to allow for an increase in interior space. Glass bricks stretch up the façade of Crystal Houses, eventually dissolving into a traditional terracotta brick façade for the apartments (as stipulated in the City’s aesthetics rules), which appears to be floating above the shop floor.

The design hopes to provide a solution to the loss of local character in shopping areas around the world. The increased globalisation of retail has led to the homogenisation of high-end shopping streets. Crystal Houses offer the store a window surface that contemporary stores need, whilst maintaining architectural character and individuality, resulting in a flagship store that hopes to stand out amongst the rest. 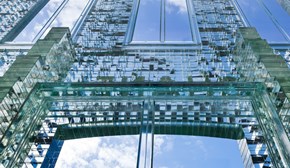