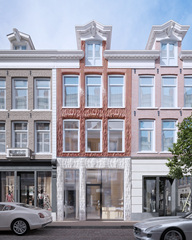 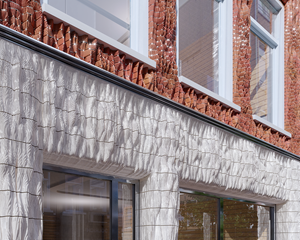 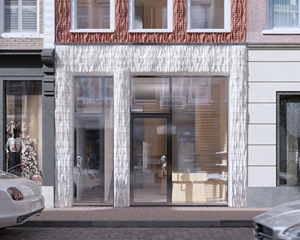 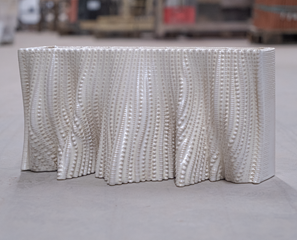 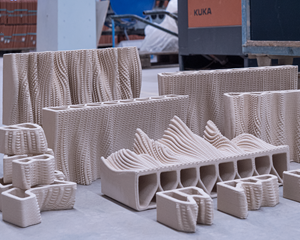 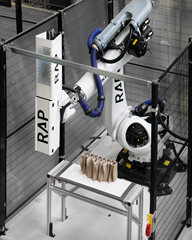 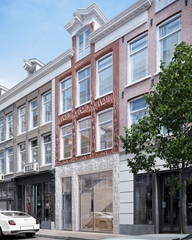 Studio RAP designed and started production of the facade cladding of an eye-catching boutique in Amsterdam’s most luxurious shopping street, the P.C Hooftstraat. The facade will be composed of 3d-printed ceramic tiles and is expected to be realized in the summer of 2022.

By fusing the advanced methods of ceramic 3D printing, algorithmic design, and artisanal glazing, the architectural potential of ceramics and ornaments of the 21st centur is revealed. The algorithmic ornaments on this facade refer to the craft of knitting garments, resulting in an exciting design language.

Using digital design algorithms, produced in-house, Studio RAP explores a reinterpretation of the decorative qualities and design vocabulary of glazed ceramics in the historical city of Amsterdam. The design replicates the silhouette of the original facade, continuing the characteristic tripartite of the street and maintaining the overall character of the site. The scale, size, type, and colour of the ornaments and materials are synced with the neighbouring buildings.

The four and a half metre high plinth consists of three columns and an architrave. The shopping window is pushed back, creating a deep reveal. At street level, the facade is cladded in large 3d-ceramic-printed tiles of approximately 40 x 20 cm, glazed in pearl white, with a subtle shade of yellow. The ornamented tiles start out plain at ground level and become more expressive higher up. The facade of the higher floors is composed of 3d-printed bricks, which have been glazed in three different shades of red. The bricks are composed alongside the original masonry cross bond and have abstract ornamentation. These bricks are glued into laser-cut stainless steel cassettes, referring to the original flushes. The ornamentation of the bricks is most expressive at the bottom of this part of the facade.

The design aims to inspire people around the world with a contemporary expression of digital craftsmanship, reinterpreting historical classics in new and exciting ways. The facade also refers to the collection of the nearby Rijksmuseum, where a large collection of ceramics from all over the world is stored. The highly differentiated and algorithmically designed details will be realized by using Studio RAP’s large scale 3d-printing technology, produced in-house at the architecture firm. This results in a luxury boutique that aspires to stand out amongst the surrounding buildings. 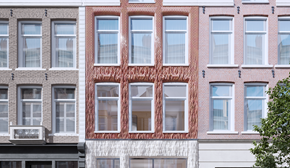