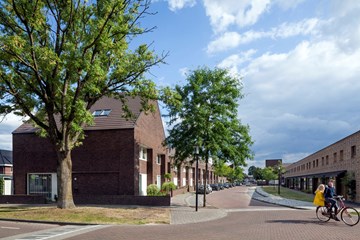 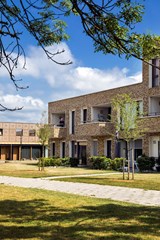 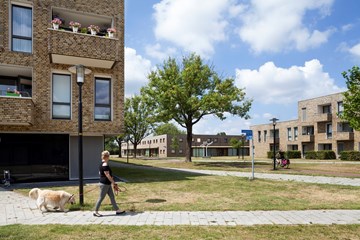 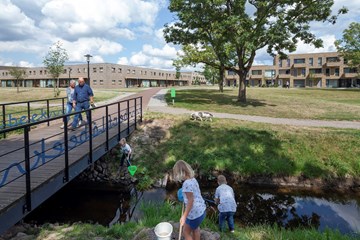 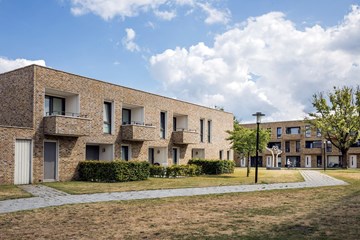 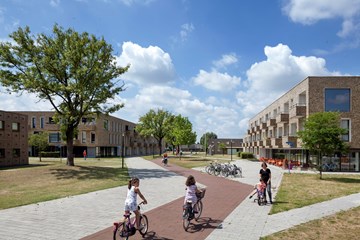 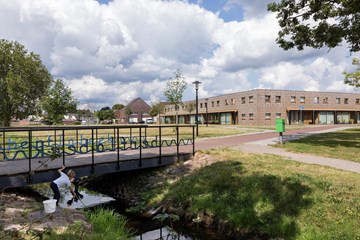 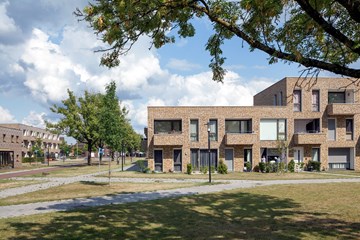 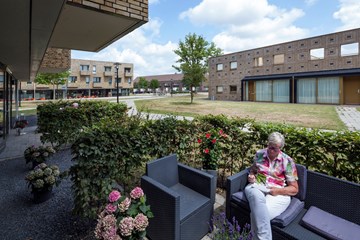 The Berflo Es Zuid neighbourhood in Hengelo needed restructuring. Large-scale demolition has taken place to make room for the construction of around 240 new homes. Welbions has built a mixed neighbourhood with 91 family homes, life-cycle-proof homes and care apartments. The neighbourhood, that now features a green park as its heart, has changed completely from an urban development perspective.

Before putting pen to paper, we made sure to extensively consult the neighbourhood. This helped us clarify the issues faced by residents and identify opportunities for renewal. Surveys and workshops were used to draw up a detailed schedule of requirements, which formed the basis for the spatial development.

Based on the specific wishes of the residents, we came up with an accurate neighbourhood sketch. This neighbourhood sketch, which contained both physical and social information, formed the basis for the spatial concept. We tested the concept with the current residents to see if it would fit their needs, to which they responded positively. We then developed this concept into an urban development plan. Marlies Rohmer, KorthTielens and KAW worked on the architectural interpretation of the urban development plan, in three sub-plans. Wurck designed the layout of the public space.

Neighbourhood revitalisation: blocks amid an oasis of green

KAW designed 2 of the 4 residential blocks. Part of block II has been designed for care provider Aveleijn and houses young adults with a physical or mental disability. Aveleijn's vision of care is to ensure that clients are fully integrated into the neighbourhood; that is why its housing forms part of a normal residential block. The block consists of 9 terraced houses, 24 independent care apartments and a care support centre for the neighbourhood.

This block has been made with a special French stone that has not been used in the Netherlands before. Due to its dimensional instability, this type of stone creates a robust and lively façade. White frames surround the openings in the façade, which provides optical depth to the windows and balconies. The Italian roots of the architect are visible in the fully plastered balconies, which evoke a Mediterranean atmosphere. Room for parking has been created within the courtyard, leaving the green heart car-free.

The apartments of approximately 55m² are suitable for fully independent living with 24-hour supervision. To accommodate wheelchair users, the apartments are doorstep-less and feature spacious bathrooms and wide passageways. They have also been outfitted with a well-positioned balcony of approximately 6m². One of the terraced houses functions as an office and bedroom for the caregiver. The care homes can be reached via the courtyard within 60 seconds.

There is a Grand Café on the ground floor, run by the residents of Aveleijn and open to the public. The Grand Café with its outdoor seating area is situated in the heart of the green park, at a central location between the 4 residential blocks. It attracts many visitors due to the natural walking route that leads to it. This is where local residents gather for organised activities, or meet up for lunch or a drink. For Aveleijn's clients, the café provides a useful day-time activity that helps them build contacts with the local residents at the same time.

The building has been designed in such a way that the care apartments can easily be combined in the future. If the care provider decides to leave after the lease ends in 2020, the care apartments can be converted into normal apartments with only minor adjustments. By taking this into account during the design phase, we have managed to considerably extend the life span of the building. Berflo Es has changed from a garden-city structure to a green residential area that allows for a variety of programmes. The neighbourhood now has a clear structure in which green spaces and water have been integrated into public space. 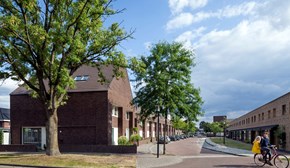