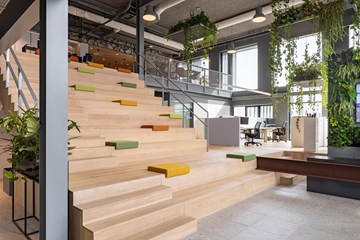 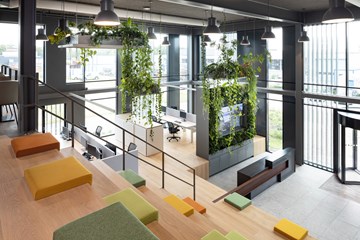 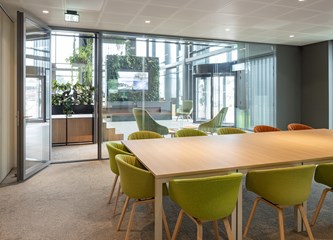 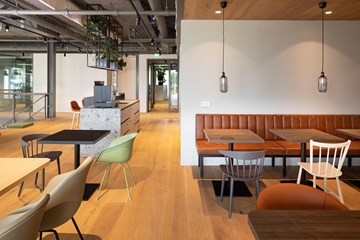 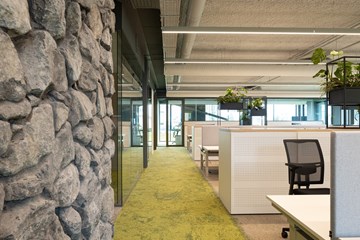 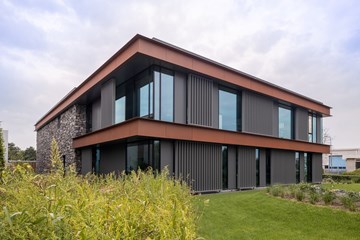 Graziosi Progetti was initially commissioned to design the interior of a new office for the civil engineering & construction company, Beentjes Bouwgroep. However, in consultation with the client we soon realized that, rather than just focusing on the interior, it was much more valuable to realize the interior, the architecture and the surroundings as one integral whole. Graziosi Progetti was given responsibility for the interior and exterior, whilst Beentjes itself took care of the construction. The result of this unique co-creation speaks for itself: An all-encompassing office that perfectly reflects the organization's identity, both inside and out. After first thoroughly studying the organization's identity, with the help of organizational consultant Jan-Jaap Res, Graziosi Progetti created what Nina calls "the skeleton of the interior." Based on this framework the architecture followed.

In line with the identity of the organization, unique materials from Beentjes Bouwgroep itself were used, as well as a large amount of glass to visualize the openness of the company. The strong relationship between the inner and outer world of Beentjes is further expressed in the sturdy walls, that run from outside to inside. These sturdy walls are made up of reused basalt blocks. Moreover, these robust refer to the material that the civil engineering branch of Beentjes Bouwgroep use during its operations.

The Beentjes family business has two diverse disciplines; namely civil engineering and the more traditional renovation side. Although these departments have a divergent character, a building was deliberately created where these divisions come together. Both departments now have their own floor and exactly in between them, a split-level has been placed where the overarching departments such as finance and administration are located. All these departments are connected by the spacious void with grandstand stairs. The public spaces, such as the restaurant and entrance are located here and make the whole organization come together. It was a huge ambition of Beentjes to create an energy-neutral building.

Graziosi Progetti did everything possible to realize this ambition and in the end even exceeded expectations. "It turns out that the solar panels generate more energy than anticipated, so the entire building now generates more energy than it needs," Felicia says. In addition to solar panels, other sustainable principles have been implemented, such as geothermal heat to regulate the temperature in the building. For the interior, sustainable aspects were considered in the choice of materials. Based on the wishes of the client, a lot of greenery was also applied. Combined with clever zoning, all spaces are arranged so that tranquility and noise do not mix. All these elements ensure a pleasant working atmosphere. Up to 70 people can gather today in this bright environment which perfectly captures the character of Beentjes Bouwgroep. 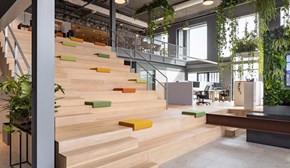