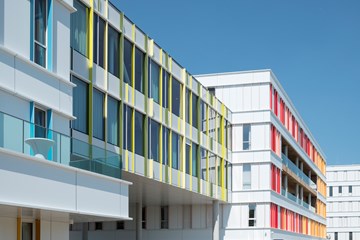 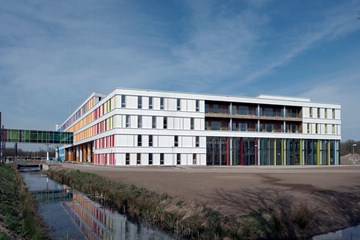 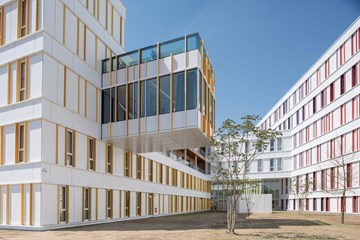 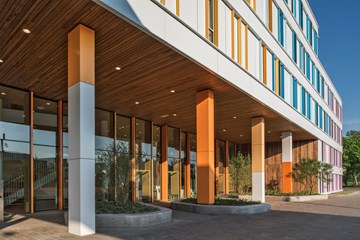 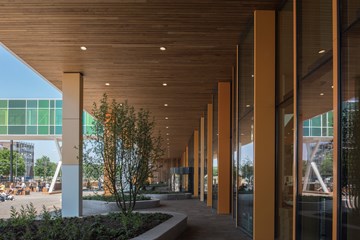 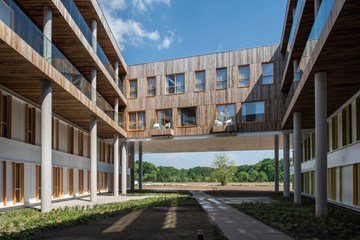 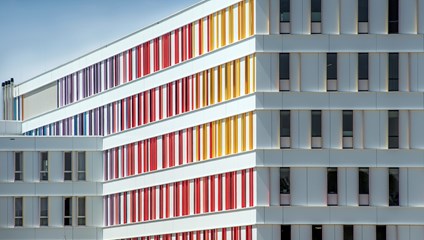 After 2-3 years of negotiation and convincing WVH to use ALUCOBOND®, Paul Wijtman and Jeroen van Haasteren, the owners of WVH, decided to work together with ALUCOBOND®. They already had several years of experience with other ACM’s and used mainly the much cheaper Alubond. With WVH we found a highly skilled and much appreciated partner to make the bigger, and as we like to call it the ‘champions league’ projects.

In December 2015 just before Christmas our contract and collaboration were settled with the verbal order of 3 projects, Princess Maxima Centrum Hospital Utrecht 20.000 m2, Frits Philips College 5000 m2 and their own office building with 2000 m2, all made in ALUCOBOND® PLUS. From that day on a large number of bigger and smaller projects have been ordered and made by WVH.

Princess Maxima Centrum Hospital with 20.000 m2 of ALUCOBOND® PLUS in White was the first of these projects which have been actually delivered and will be completed this year, 2017. It contains several mounting systems, glued, screwed and cassettes. WVH first made a mock-up of a facade part. This mock-up is part of the contract, so the architect and general contractor have to approve this mock-up, or they have the opportunity to make some changes. Once approved this was the basis for further development and engineering of the facade. In this way, discussions at the building site are minimized and help the parties involved to have the smoothest possible building process.

The architect, LIAG from the Hague NL, had a special design approach for the building; if you look at the building in a straight angle, you will only see a white box. If you walk or drive alongside the white box, a colorful rainbow of colors appears, due to these multicolored fins. In my opinion this is a very nice and subtle way to give the children’s hospital a clean, fresh and young appearance, as the small ‘residents’ of this building. 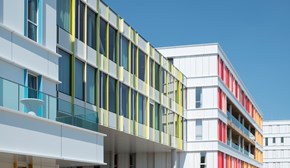