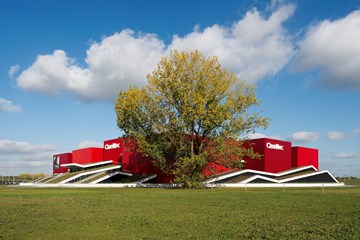 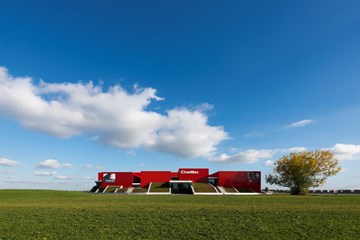 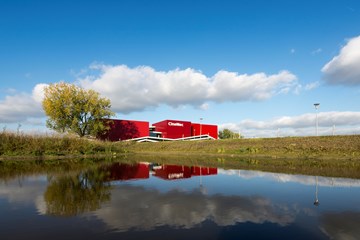 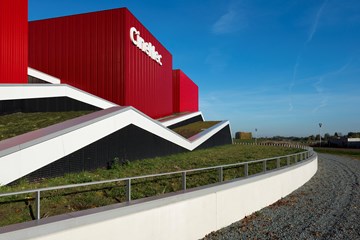 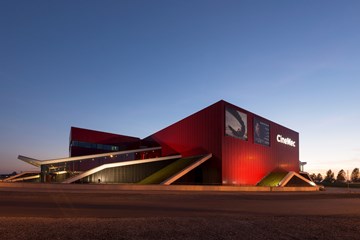 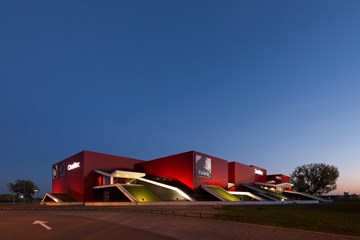 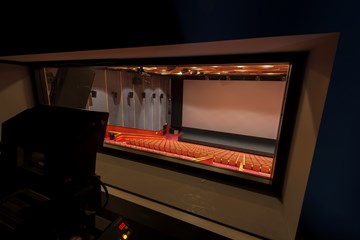 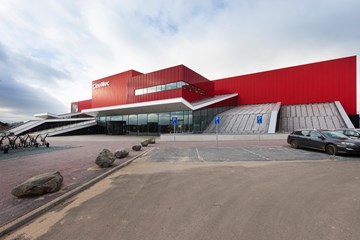 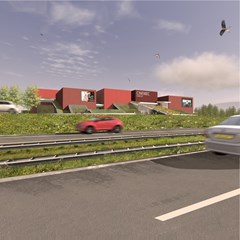 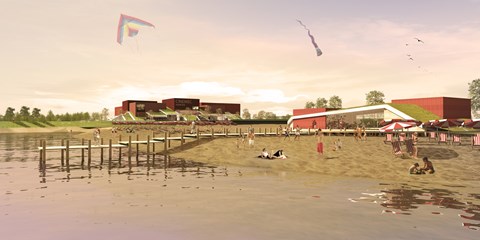 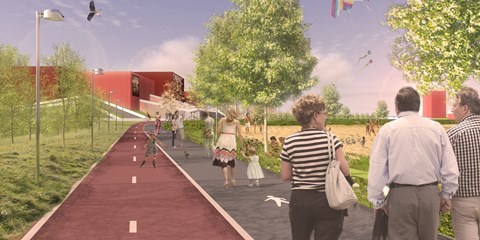 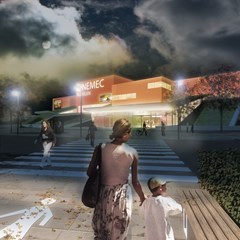 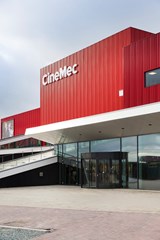 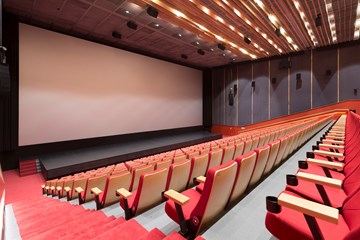 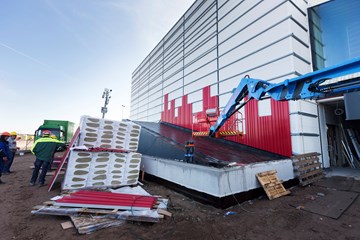 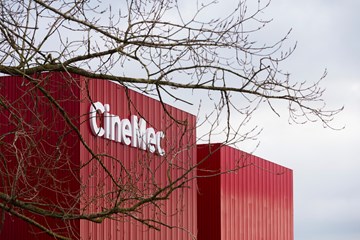 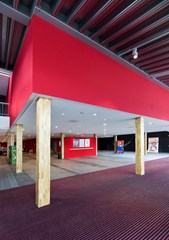 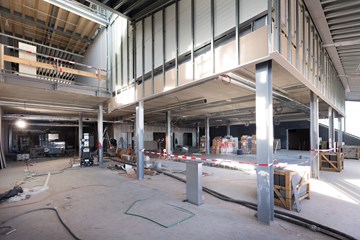 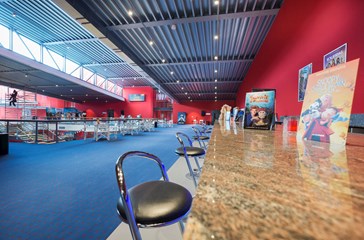 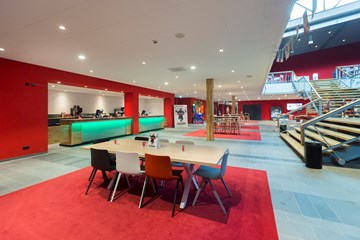 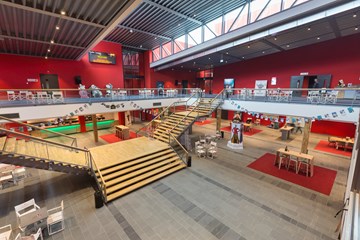 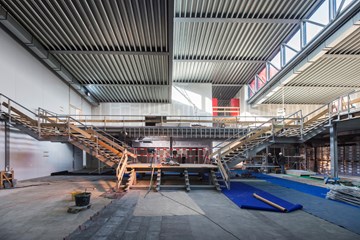 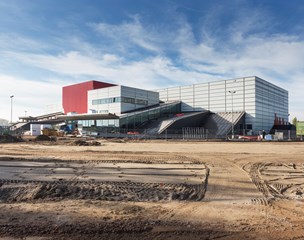 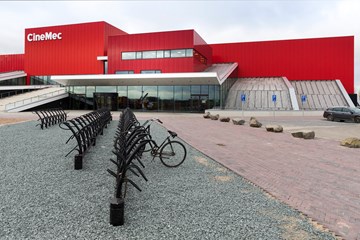 From the first sketch to the first film in 14 months: ABT, DP6 and CineMec achieved this in Nijmegen. Through intelligent working with BIM, they built a brand new multitainment complex extremely quickly and on a limited budget. The Nijmegen CineMec, with gross floor area of 12,9607 m2, is located at a highly visible location on Mauritssingel. With a location in the bend of the River Waal between Nijmegen and Arnhem, the cinema borders the new recreation pond. CineMec has been built on a circular foundation sheet that ensures that the impact on the archaeological monument underground is kept to a minimum. The roof over the space between has been cut into and folded along a number of lines. The intervening spaces created as a result provide daylight deep into the building. The building functions primarily as a cinema, but it is also a venue – just as with the CineMec predecessor in Ede – for symposia, e-learning activities and 'multimedia events', such as concerts and theatrical productions. The largest hall will have 780 seats and offers space for congresses as well. There will also be a separate floor space for trade fairs.

With the aid of a 3D Building Information Model (BIM) ABT supervised the entire design and construction process of CineMec Nijmegen. From the first design sketches onwards there was intensive cooperation with DP6 architecture studio and the client. Use was made of the software program Revit for modelling and designing. The ‘online app’ BIM 360 Glue was made use of for sharing information with all the parties involved. BIM made solutions possible that would previously have been inconceivable. Not only in design and construction, but also for the management and maintenance phase. In the second phase, the contractor, Dura Vermeer Hengelo, used the 3D design for the construction. Here quality inspections were carried out by ABT with the aid of ‘BIM field’, with a tablet being used. The database built up by ABT will be used after delivery for maintenance and management of the property. ABT built the 3D database and provided the necessary technical expertise over the entire design and construction process; building science, structure, systems technology, building physics, acoustics, building costs and specifications.
Edit public page 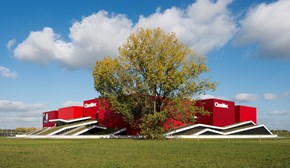